I’m hosting a few websites for some friends and clients which most of them are running on Ubuntu.

Once or twice a month I always go read logs remove cache and pull the patch if any.

The most common commands to pull those security updates I run are:

Sometimes I was distracted by my son or some chores so that I ended up losing the connection as I always use SSH.

Most of the time I got the error like this:

The easy fix is to remove the lock files that the dist-upgrade command has produced.

Then reconfigure the packages. Run in terminal:

Then the problem should have been fixed! 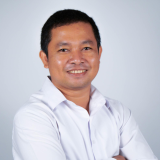